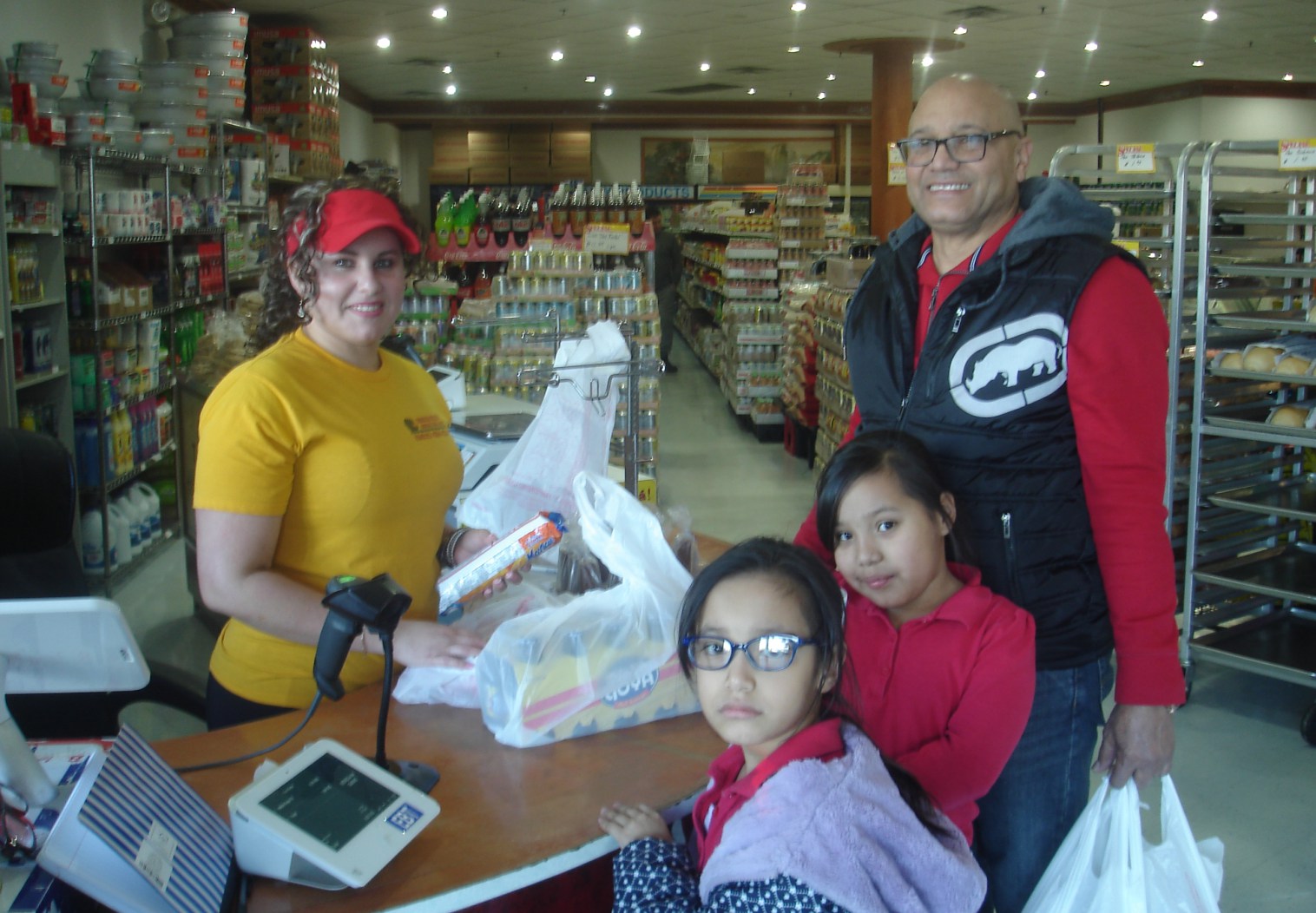 You may recognize the occasional Cuban flag hanging in a local storefront window, have eaten at Havana Rumba or have worked with a colleague who comes from the island known for its tasty cigars and a JFK-era missile crisis, among many other things.

Louisville’s Cuban population is growing, and the community is making a mark on the national scene. Since 2009, El Kentubano, the premier Cuban publication in the state of Kentucky, has been front and center championing the vibrant community.

“I’m proud of this community. They’ve been able to accomplish a lot in a short time,” said Luis David Fuentes, the magazine’s founder and editor in chief.

Fuentes invited Insider Louisville to his Kentubano office at his home in Frankfort, where reporters from The New York Times, NBC the Herald-Tribune and others have traveled hoping to better understand the dynamics of the local Cuban population.

Fuentes was also invited to travel to Miami recently as a guest on a live television broadcast to talk about the Cuban community in Louisville.

In recounting his story, Fuentes says he was a mechanical engineer living in an above-average neighborhood in Havana when he left Cuba for Chile in 1997 to escape the overbearing regime in his home country.

During his three years in Chile, he met his future wife, Yamilet, also a native of Cuba, who was living in a neighborhood nearby. Fuentes says he had been fascinated with the United States for some time. He had an opportunity to move to Kentucky, thanks to the assistance of his aunt in New York whose son-in-law was from Frankfort and had family who would assist him and his wife.

Fuentes says his intention was to go first go Kentucky to learn the culture and language before eventually heading to Miami a few years later to be part of the largest Cuban community in the U.S.

The first year was difficult, he says, as he and his wife had to learn English, and Fuentes was sweeping floors in a local factory. “Eighteen years ago, nobody knew a lot about Cuba,” Fuentes recalls. “I remember I went to Walmart and people asked how long it took to drive from Cuba to here!”

The following year, Fuentes moved up to an environmental coordinator at the same factory before becoming an environmental engineer four years later, after having earned his certification by studying during his free time.

He has been working for the Kentucky Department of Environmental Protection Division for Air Quality for the past 11 years, where he deals with regulations, permits and the like. The couple have two children ages 9 and 14 years old.

Over the years, the Cuban community continued to grow and Fuentes recognized the obligation to better serve those who were arriving with limited resources and needing to know where to turn. After much thought and deliberation, Fuentes says, he took the initiative and printed the first issue of El Kentubano in August 2009.

He found a publication designer and printer, removed the back seat from his Toyota van, and made his rounds to small businesses in Louisville, where he dropped off copies of his free Spanish-language monthly tabloid to better inform the approximately 5,000 Cubans and others residing in the area.

The census bureau released figures in 2014 showing that there were about 10,000 Cubans living in Louisville.

However, Fuentes explains that during the following two years, U.S. Customs reported that a total of 125,000 Cubans entered the country. They anticipated changes in the “wet feet, dry feet” policy that essentially said that anyone who fled Cuba and entered the United States would be allowed to pursue residency a year later, he said.

“If even 5 percent of them came here, we could have doubled the population,” Fuentes estimates. He also said that Louisville has about the sixth-largest Cuban population in the country.

In January 2017, just before leaving office, President Obama announced the cessation of the longstanding policy. Although fewer Cubans are arriving directly from Cuba, increasing numbers are arriving in Louisville from other parts of the U.S. where the cost of living has become untenable for many immigrants.

“It is amazing what the community is doing in Louisville and as a result, the national eyes are on us,” Fuentes says.

He points to the young generation that has grown up in the United States, has been educated in the system, and is bilingual and bicultural. He also marvels at the entrepreneurial tendencies of many Cubans who came mainly from the nonurban centers in Cuba, had never been exposed to winter weather, and had very little understanding of the English language, use of credit cards, the internet, the school systems, and many others facets of society.

Antonio Vladimir Amador has been a contributor to Kentubano over the years writing about history, geography, and visiting towns and resorts in Cuba.

He is a former tour guide, who arrived in Louisville from his native city, Havana, in 2009 with his wife and two young children, Anthony and Alice.

He says he made the decision to come to the U.S. through the family reunification program. His goal was to improve opportunities for his children, and to perfect his English while seeking new career paths. “I was going after the American dream,” he says.

Amador was concerned for his children’s education when they first arrived and their inability to speak English. They not only became fluent within about seven months, but today “they are a walking dictionary for their father,” he says. He keeps a pocket notebook with him wherever he goes and marks new vocabulary with A1 next to the new term he learned with Anthony, and A2 he learned with Alice.

Amador likes to joke about his early experience with American coffee and that no matter what the claims were in the local cafes, nobody could make a good strong coffee like he could make at home. After all these years, he admits that he’s finally found coffee that suits his demanding taste buds at his Beechmont neighborhood Sunergos.

“They make a very good, strong coffee like we drink in Cuba with a small cup. I also like the little saucer they put under the cup,” he says.

“I feel like I go through life here like a lonesome cowboy in an American film — a Cuban Clint Eastwood!” he said. He takes pride in always taking care of his children, is constantly studying and learning new things, and is always in pursuit of attaining success on a professional level.

Meet me at Bodega mi Sueno

One of the many Cuban stores and restaurants around town is Bodega mi Sueno Grocery Store and Bakery located in West Buechel off Bashford Manor Lane in the Target plaza. The nondescript storefront gives little hint of the lively activity inside where the mainly Cuban clientele meets to order dinner, purchase products not easily found elsewhere in town, and simply chat with others while listening to lively Cuban music playing in the background.

Cashier Carmen Avila estimates that the majority of the clientele is Cuban plus Spanish speakers from other countries. She said  about 10 percent to 15 percent are English-speakers who come in primarily to order food from the restaurant located in the back of the store. Avila arrived in the U.S. about five years ago with her husband and son. She says she was pregnant at the time and gave birth to her second son in Louisville. They chose to come to Louisville because they had friends who had already settled in the area. She has been working at Bodega mi Sueno since August 2017.

Alejandro Zaqueira is from Cuba and shops at Bodega mi Sueno about once a week with his daughters, Alexandra and Silvana. He says he likes the products he gets there and the general atmosphere that has such a communal feel to it.

Louisville Metro and the greater community’s relationship with the Cuban population goes beyond immigration policies and services, and local economies.

“There is a Louisville cultural revolution,” says Fuentes. The recent musical performance by the Mambo Kings, and the theater production of Guiando a Molly at the Kentucky Center for the Performing Arts are just two examples of cultural contributions enjoyed by the community at-large, and considered a valuable asset to the Louisville Metro Government.

“Our Cuban community is witnessing unprecedented population growth — filling jobs, starting businesses and adding to the vibrant culture of our city. We welcome their contribution to Louisville as we continue to grow as a global city,” said Bryan Warren, director of the city’s Office for Globalization.

“I feel very blessed,” said Fuentes as he looks back at his journey and at what lays ahead. He says he is sincerely grateful for the opportunities he has had living in the U.S. and is a fervent defender of freedom of speech.

Kentubano has grown from its initial 1,000 printed copies of a 20-page tabloid in 2009, to the current 10,000 printed copies of a quality magazine of 76-80 pages. The magazine has always been free and advertisers include a large variety of businesses and institutions such as Kroger, University of Kentucky, Sullivan University, American Airlines, Oxmoor Mazda, and many others.

“They see what the community means,” said Fuentes. Kentubano has also expanded into Tampa, Fla., through its sister publication, El Puente, which is edited by Fuentes’ brother who arrived in the U.S. about four years ago from Spain. Fuentes’ parents-in-law run the Old San Juan Cuban Cuisine Restaurant in Lexington, as well.

Fuentes has been on a leave from his work for the state these past eight months while he sorts out his future as it regards his role serving the Cuban community. He has been involved in the newly started Asociación Cubano-Americana de Kentucky, which seeks to decentralize resources for the community. The Asociación’s first event will be a free information and resource orientation held in February.

“I always declined criticizing the U.S. government and felt grateful to have these freedoms,” he says. He was willing to give up a comfortable life to escape conditions in his homeland that suppressed his freedoms. And now after 18 years, Miami will still have to wait as Fuentes and others write their chapter in the America history books from the state of Kentucky.