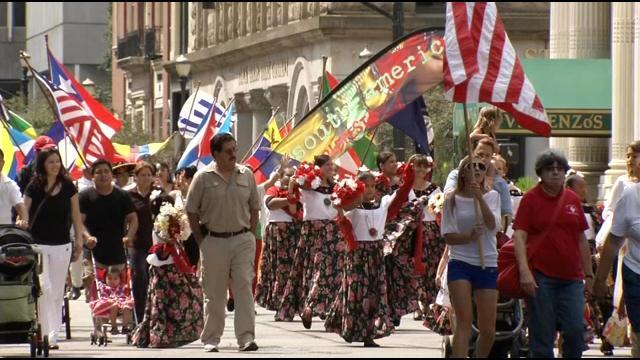 In the next 10 years, Louisville is projected to nearly double its number of foreign-born residents. It’s a sizable economic impact that the city wants to leverage. 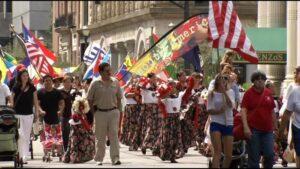 On Friday, city and economic leaders rolled out a plan to do just that.

Mayor Greg Fischer and Kent Oyler, president and CEO of Greater Louisville Inc., the metro chamber of commerce, were joined by members of Louisville’s foreign-born and professional communities today as they unveiled the Global Louisville Action Plan, according to a news release.

The plan is a collaborative effort among the mayor’s office, GLI and hundreds of community members, and it outlines key strategies to attract, retain and grow Louisville’s foreign-born population and workforce. It provides an overview of the region’s foreign-born population and a set of action steps to increase the number of immigrants here and their capacity to thrive.

The three areas of focus identified in the plan are:

To meet growth goals, the Louisville region is looking to accelerate attraction of native and foreign-born migrants to the area by increasing annual growth of all inbound migration. By 2040, the foreign-born population in Louisville is expected to be 172,000, or 17.2 percent of the population.

“Louisville already has become a magnet city for Cuban immigrants,” Luis Fuentes, owner and publisher of El Kentubano, a publication targeted to Louisville’s Hispanic and Cuban communities, said in the release. “The Global Louisville Action Plan is another great step the city is taking to continue attracting good people who look for freedom and better opportunities. This sets a clear path for making a smooth transition for new arrivers, allowing them to be quickly integrated to society.”

New efforts to support the Global Louisville Action Plan have already been put into motion, including:

“This Global Louisville Action Plan is a needed corrective. It provides a data-driven illustration of the community benefits brought by our city’s foreign-born residents,” John Koehlinger, executive director of Kentucky Refugee Ministries, said in the release. “I am proud of Global Louisville — of our political, civic and business leadership — for taking the lead in recognizing the wide-ranging benefits of inclusion.”